All about the props

I’ve been getting a frequent question from constituents. How should I vote on all the propositions that will be on the ballot this year?

It’s an important question and I’m going to dive into it today. Thanks to Arizona Free Enterprise Club for their helpful synthesis of each initiative!

A proposition that won’t be on your ballot? Universal ESA’s! Yep, the law we passed extending education options to every Arizona student has gone into effect. The anti-school choice group Save Our Schools submitted far below the number of signatures required to refer the successful program to the ballot. Since the expansion, over 12,000 families have applied, more than doubling the program and proving how much parents want options!

Prop 128 – Amending Unconstitutional Language – Recommend YES vote. More than once, we’ve seen a ballot measure passed that the Arizona or US Supreme Court later determines has language that isn’t constitutional. This proposition would allow the legislature to correct the language after the fact to make the measure constitutional.

Prop 129 – One subject at a time! – Recommend YES vote. Much like the “omnibus” bills we see out of Washington that contain everything but the kitchen sink, Arizona ballot initiatives often cover more than one subject. This proposition would require only one subject per measure, which is the same rule our AZ legislature has to follow when passing bills!

Prop 131 – Lieutenant Governor – Recommend YES vote. This constitutional amendment would create the office of Lieutenant Governor (some states have this office, but ours currently doesn’t). The Governor and Lt. Governor would run on the same ticket (same party). The Lt. Governor would take on an existing administrative role (such as Director of the Dept. of Administration) under the Governor’s authority. The duties of the Secretary of State would remain intact.

Prop 132 – No more tax increases by bare majority! – Recommend YES vote. Barely-informed citizens shouldn’t be able to pass tax increases on their fellow citizens with just a bare 51% majority! This amendment would require 60% of voters to consent to a ballot initiative that raises taxes.

Prop 209 – Debt forgiveness? No thank you. – Recommend NO vote. This initiative would forgive certain debts at taxpayer expense. Read- you pay the bill for someone else not paying theirs. This is reminiscent of Biden’s so-called “student loan forgiveness.” Debt is never forgiven, it’s just transferred to someone else.

Prop 211 – Donations are speech – and should be protected as such! – Recommend NO vote. Nonprofit organizations (c3’s and c4’s) shouldn’t have to disclose their donors. Donors have a right to privacy and not to have their philanthropic choices be made public. This is being pushed by the left as “dark money” and is a smokescreen that will simply allow them to publicly bully donors to conservative organizations.

Prop 308 – Taxpayer-subsidized tuition for illegal immigrants – Recommend NO vote. The cost of tuition keeps going up and Arizonans are struggling under the weight of it. They shouldn’t be footing the bill for discounted tuition for those here illegally. This initiative will encourage more illegal immigration and put more burden on taxpayers.

Prop 309 – Voter ID – Recommend YES vote. You use an ID almost everywhere else. Why not to vote? This is a key step to cracking down on voter fraud. It will require a photo ID be presented by every voter. It creates a process for providing ID via mail in vote as well.

Prop 310 – More taxes – Recommend NO vote. This initiative would increase the state sales tax by $0.1% = a nearly 200 million tax increase for fire districts.

Be an informed voter and pay attention to who and what is on your ballot this November!

For another helpful resource on candidates, check out Center for Arizona Policy’s non-partisan Arizona Voter Guide.

We’re staying busy on the trail! Here are some pictures from door-knocking this weekend. 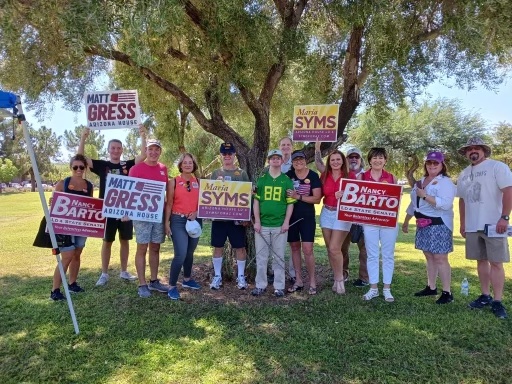 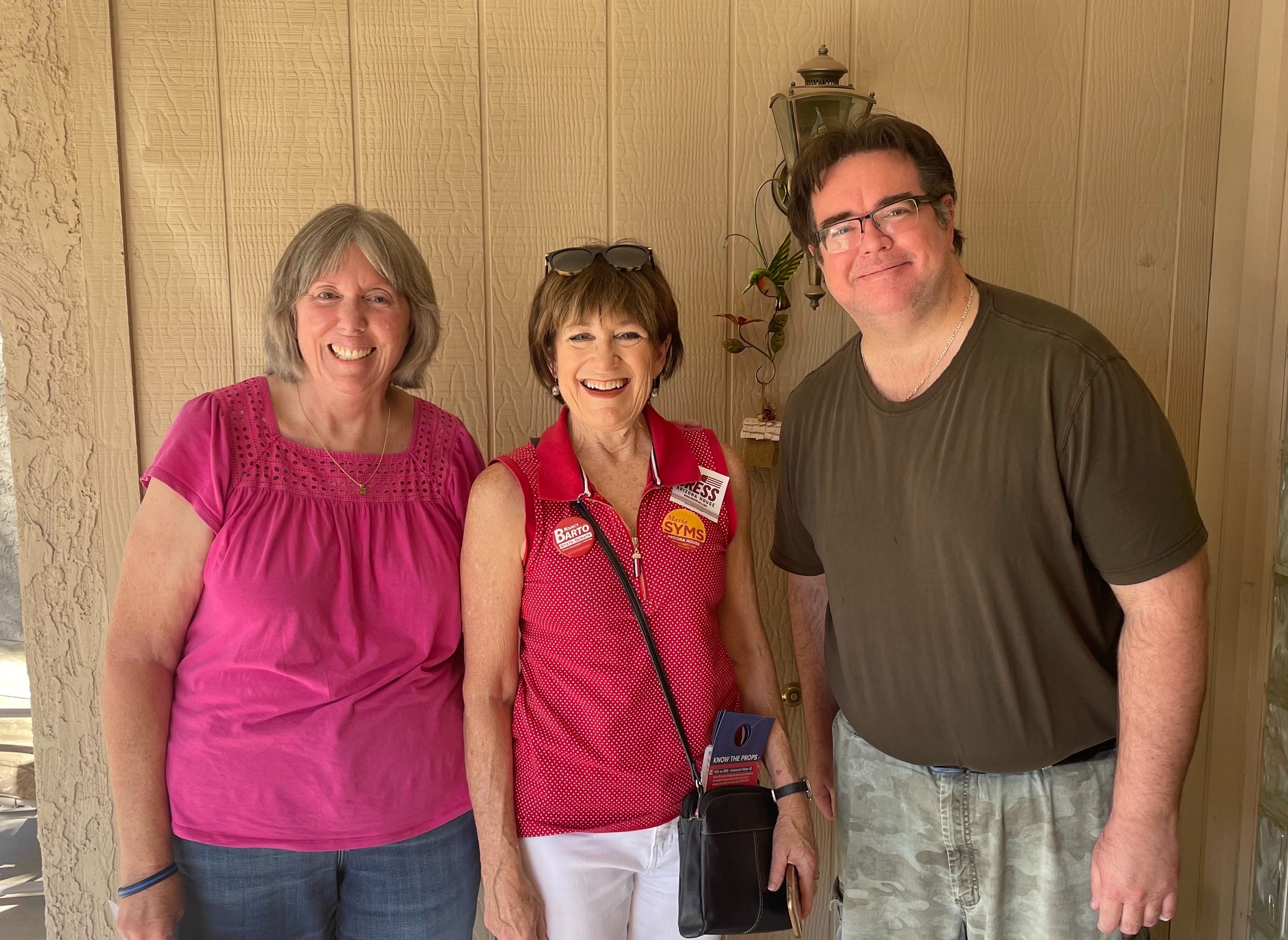 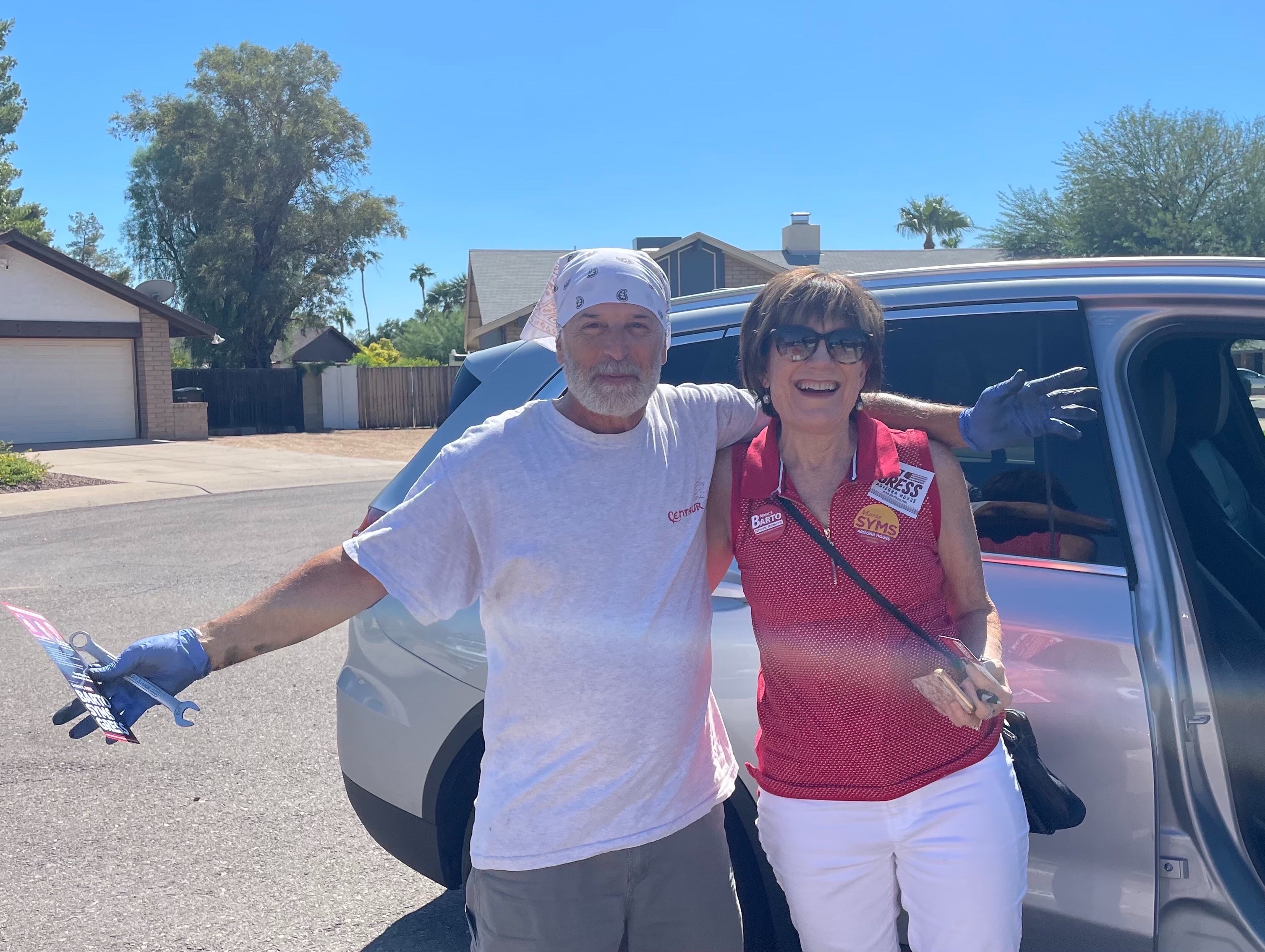 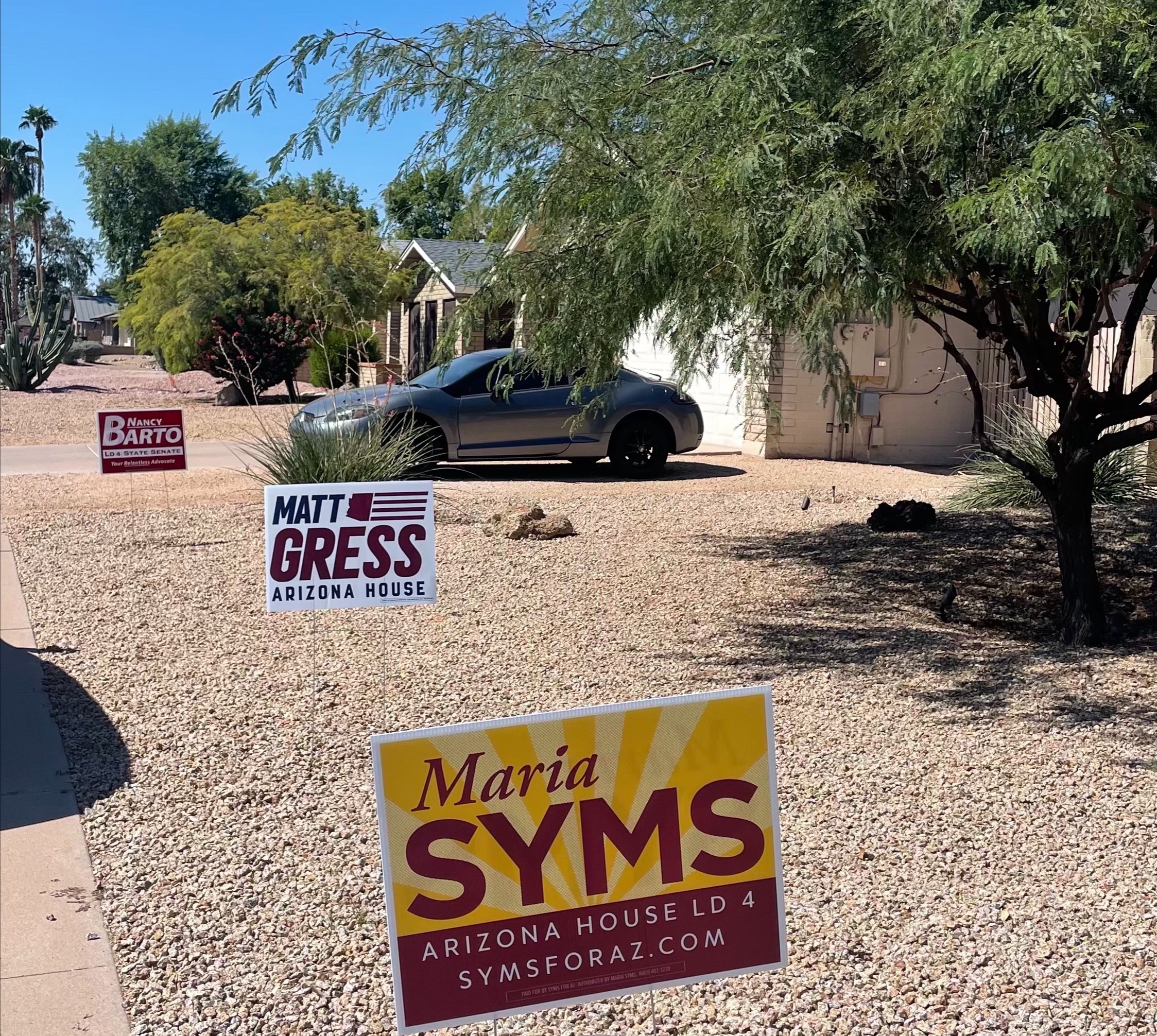 Finally, I need your support. Here’s what you can do.

Your partnership makes a difference!