Mask mandates are making a comeback in blue cities, using a new strain of the virus as justification for doing what they’ve wanted to do all along.

It’s only a matter of time before Arizona’s leftists try to bring them back here. In fact, some are already talking about it.

The “science” behind masking our kids debunked. Peer-reviewed medical journal, The Lancet – one of the oldest in the world – recently published data showing that the CDC’s supposed scientific data behind school masking was “cherry picked.” When done properly, the study showed no correlation between masking and cases of COVID-19 in schools.

This isn’t the only study that undercuts the “science” behind the many restrictions forced on us by so-called experts. But there is a continued push for more and more vaccines, ignoring or discounting documented negative effects. They’re waging war on medical free speech and doctors who don’t toe the party line – i.e., physicians who warn pregnant women of the potential harms of the COVID-19 vaccine on their unborn child or the effectiveness of early treatments. But some doctors are fighting back.

My record as your State Senator has been clear when it comes to government overreach into daily decisions like masking and vaccines – especially when it comes to our children. The government has no right to mandate these actions, even under a public-health declaration, and especially not when justified by cherry-picked data and falsehoods (like Dr. Deborah Birx admitted to earlier this week…). But this fight isn’t over, and we must remain vigilant.

We got a lot done legislatively in 2022 to protect the health freedom of Arizonans (read here starting on page 18). And back in 2021, I sponsored a bill protecting physicians’ right to use off-label pharmaceuticals during a pandemic from overzealous boards going after their licenses. 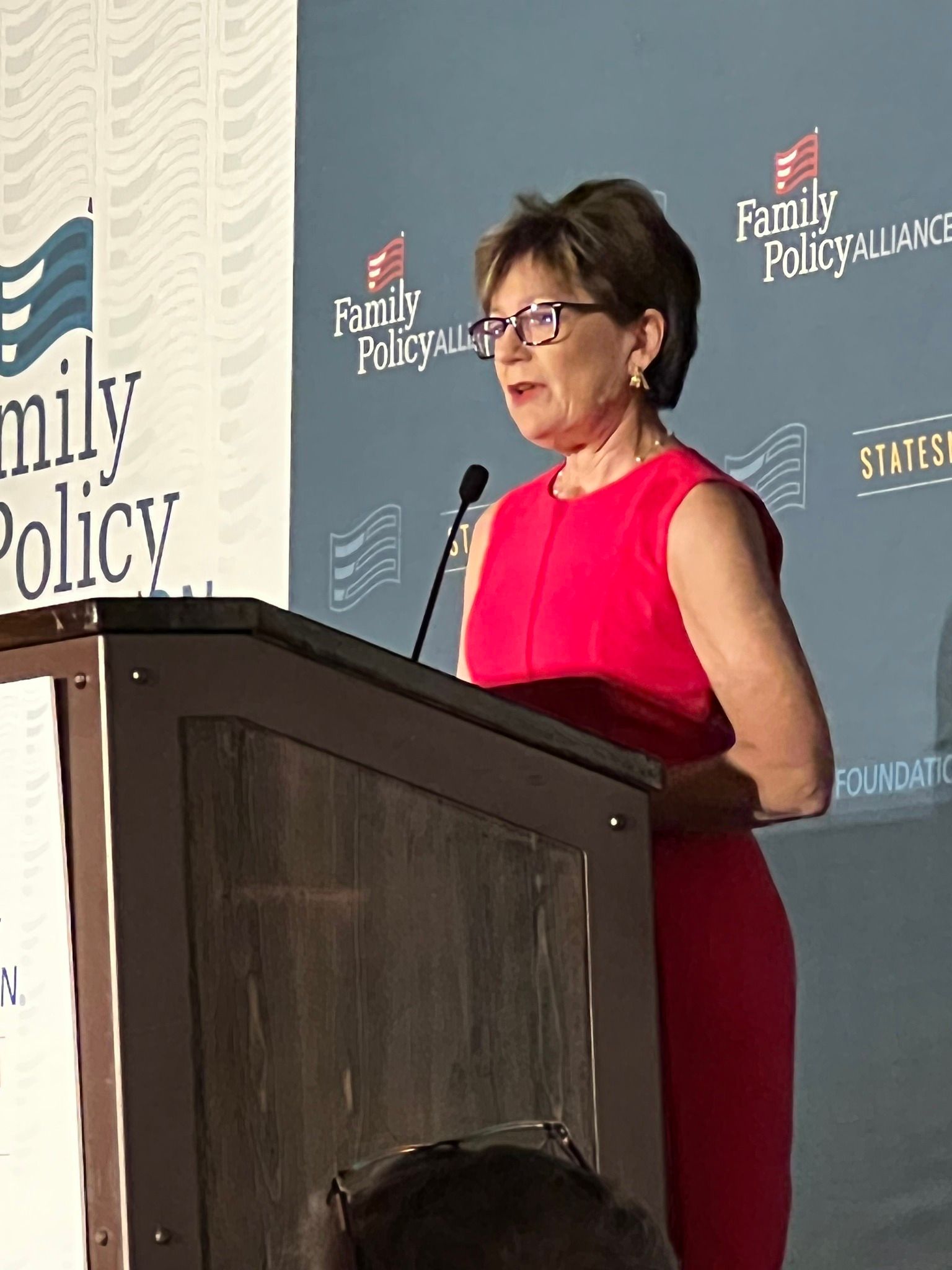 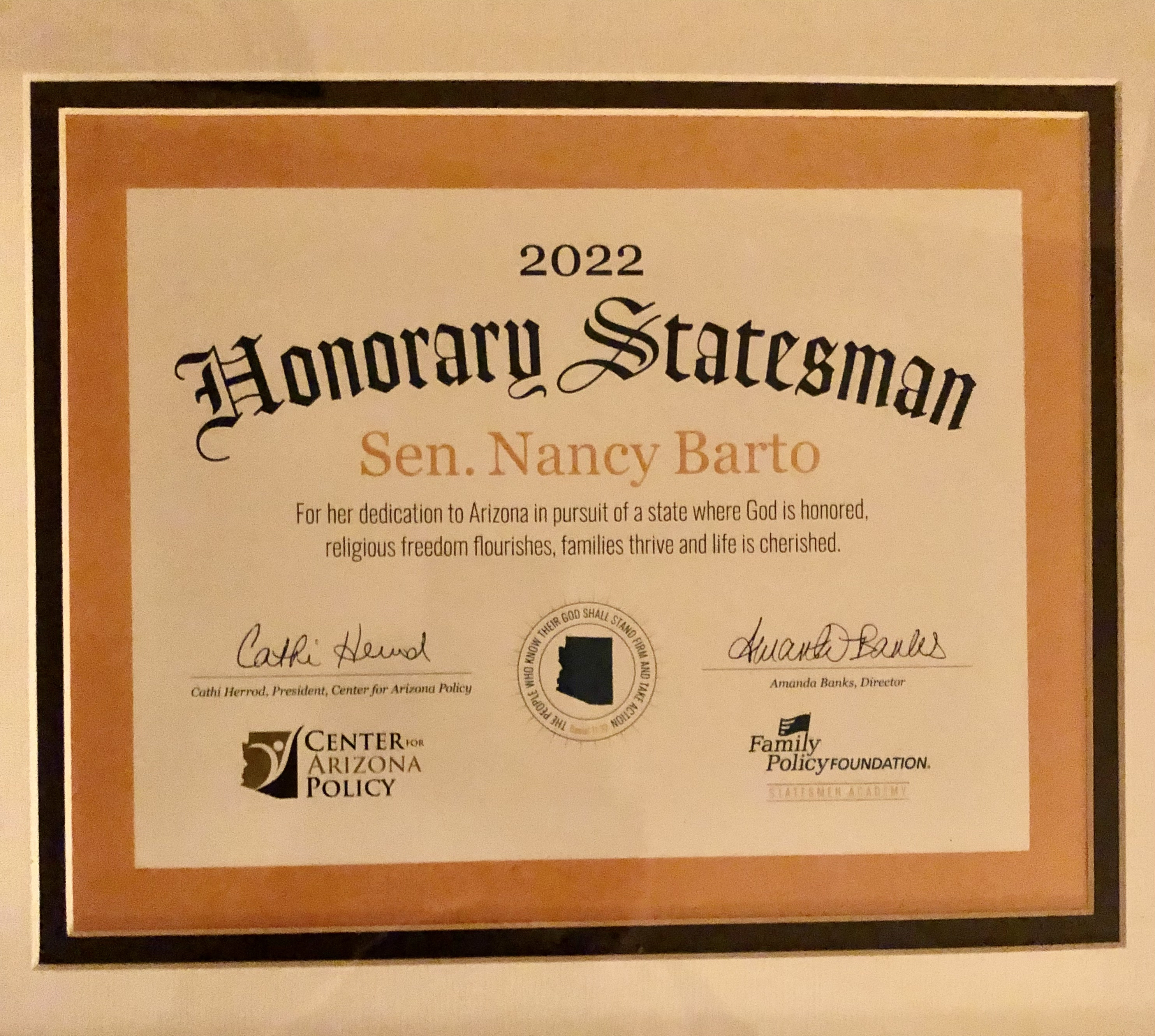 Reflecting on my journey. In other news, this week I was asked to share my journey of pro-life advocacy with several hundred legislators from around the country at Family Policy Alliance’s conference in Tucson. I was humbled to be given an award as an Honorary Statesman “For her dedication to Arizona in pursuit of a state where God is honored, religious freedom flourishes, families thrive, and life is cherished.” Following where we are after Roe, it was particularly meaningful and humbling to reflect on the journey God has taken me on.

Strong to the finish line! Our LD4 Strong Team earned another great endorsement – the Arizona Free Enterprise Club! My teammates Maria Syms and Vera Gebran need your support as they take on the establishment to defend our freedoms and values for the next generation. Chip in or help out at LD4Strong.com – and if you haven’t turned in your ballot yet, be sure to vote Barto, Syms and Gebran! This race is so close and your involvement matters!

Help spread to word to those who haven’t voted yet! Our last walk before the Aug. 2nd primary is Saturday, July 30 at 8:30 AM. Meet us at Desert Trails Elementary – 4315 E Cashman Drive, Phoenix, Arizona 85050. Bring plenty of water and we hope to see you out there!