News from a post-Roe world!

I’m writing you from Washington D.C. after what has been an epic end-cap to an already eventful session.

Roe is no more! After weeks of waiting for a decision in the Dobbs v. Jackson case, the Supreme Court handed down a reversal of Roe and Casey, sending 49 years of unconstitutional jurisprudence to the ash heap of history. I was overwhelmed with gratefulness and joy at the decision. Now, our efforts to protect life in Arizona are no longer strangled by judicial activism. We are free to fully bring an end to abortion. The battleground is now in every state. My remarks at Center for Arizona Policy’s post-decision press conference sum it up best.  I also joined James T. Harris to discuss the end of Roe – and KTAR to outline what’s next! We have our work cut out for us to defend and, if necessary, clarify our laws to protect every life. On another note, Students for Life is the strong voice of the pro-life generation and they’re world changers. They were in Washington D.C. for the rally at the Supreme Court and I was delighted to meet one of Arizona’s own Students for Life members, Jeremiah Wilkerson. 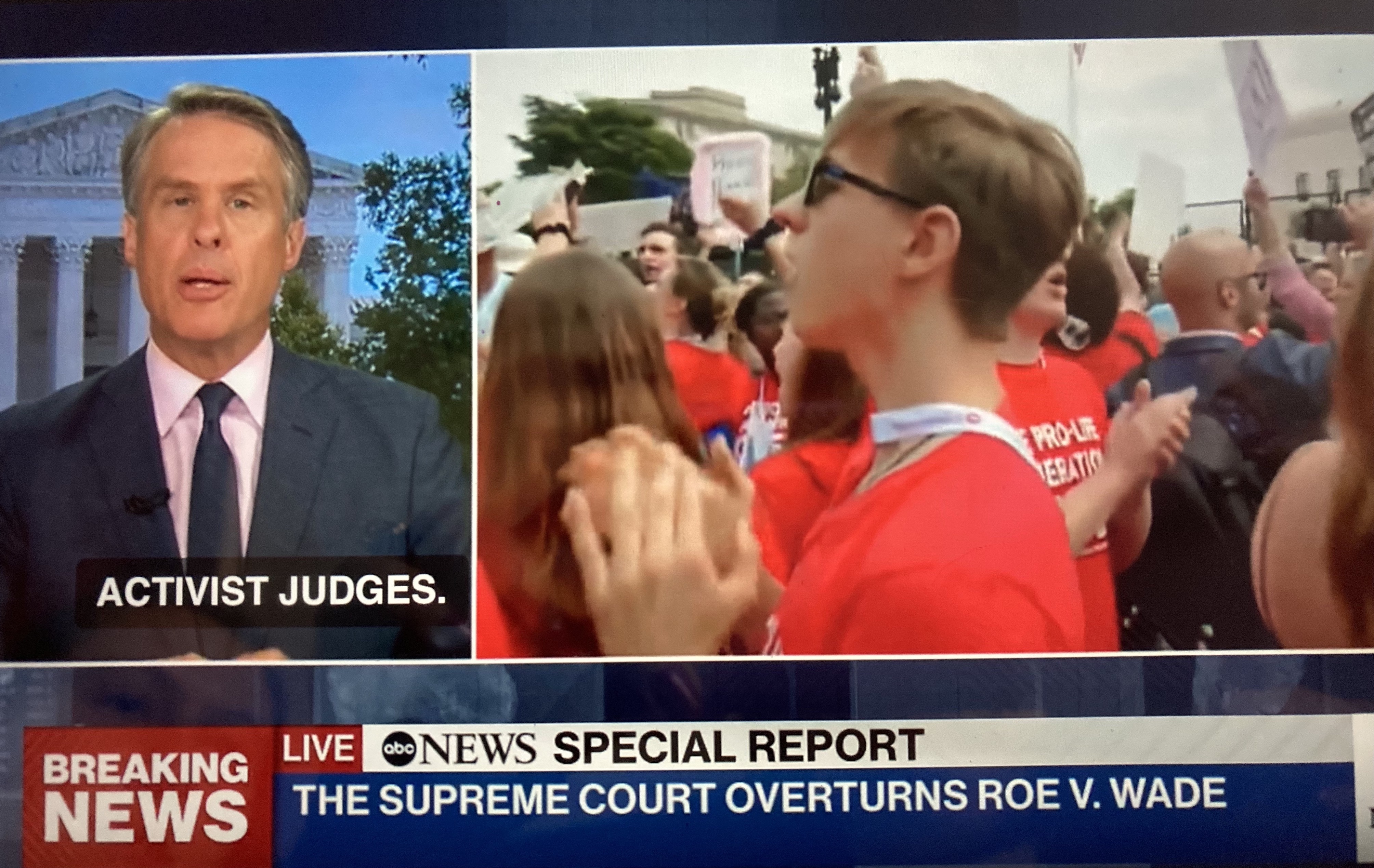 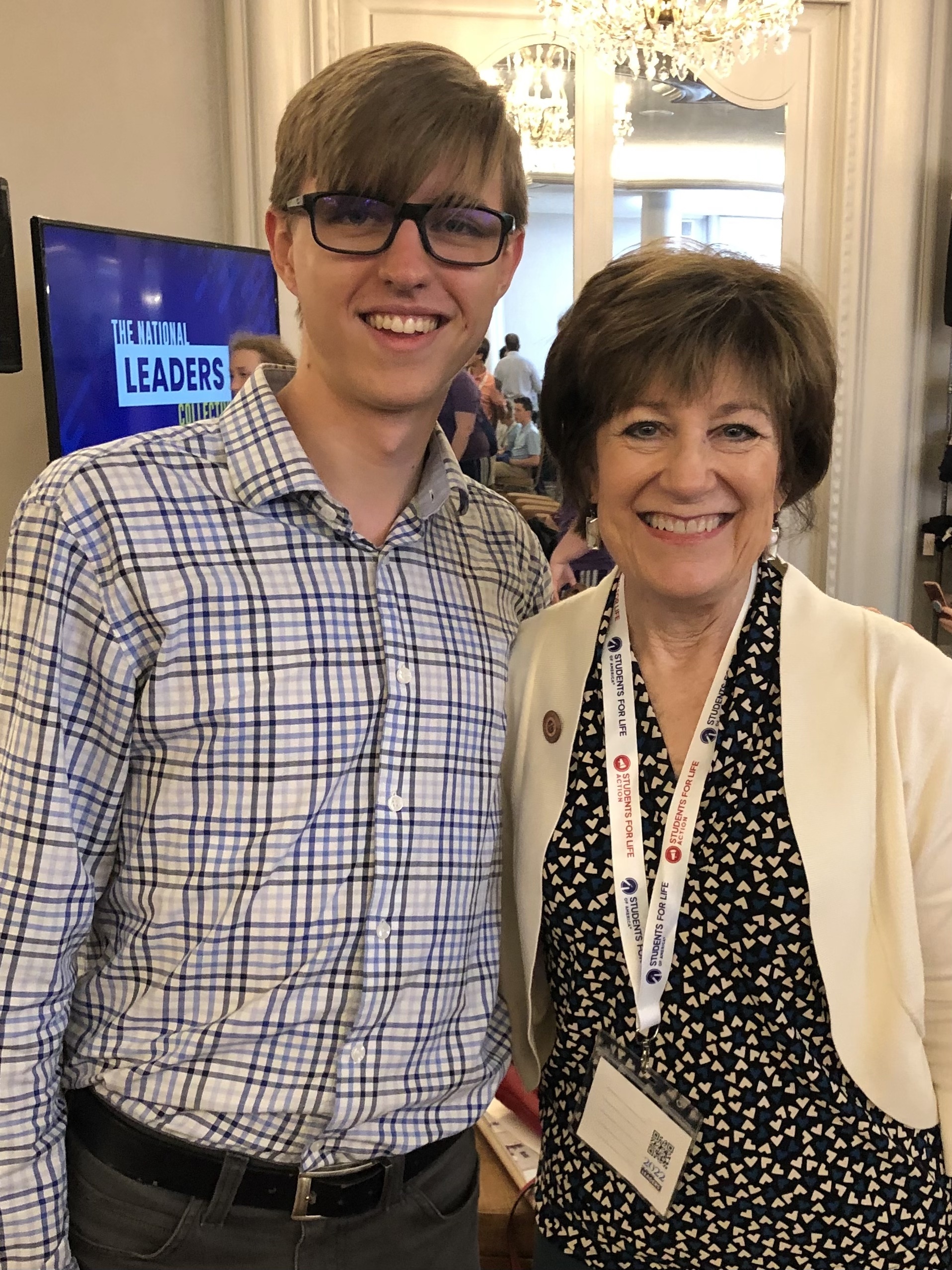 The left erupted in violence – before and after the ruling. They threatened justices (including an assassination attempt on Justice Kavanaugh) and their families, vandalized pregnancy centers and nonprofits, and threatened a ‘night of rage’ following the decision. We legislators were inside the Capitol Friday evening finishing session (more on that later) as the crowds turned violent outside and tear gas ended up being implemented to disperse the rioters. This is the movement of death intent on continuing to kill children without impunity until birth. Heartbreaking.

ESAs for all! Friday night, a bill expanding Empowerment Scholarship Accounts (ESAs) to every child passed and is headed to Governor Ducey’s desk! Now, every family will have the ability to send their child to the school that best suits their needs and reinforces their values. This is a significant victory for education freedom and parental rights. The anti-school choice advocates are out in force peddling the usual myths about ESAs. They fearmonger and feed these myths to legislators and the public over and over again in an effort to keep a monopoly on the education market. Here are a few common ones – and the facts, provided by our friends at Arizona Federation for Children.

Schools are funded by tax dollars, so if a parent wants to utilize their tax dollars that are already assigned to their student to pay for the education that best fits their child’s learning needs, they should not be shamed, intimidated, or hindered from doing so. Additionally, because ESA recipients only use 90% of their allocated education money that they would have received from their district school, it is actually a savings to the system.

MYTH: There is no accountability for private schools like there are in district public schools!
FACT: Parents are the ultimate accountable party, they care more about their own children than the government does, so let them decide what is best for themselves. The left leaning national think tank, The Urban Institute, concluded in 2019: “the country’s largest private school choice program [The Florida Tax Credit Scholarship], which enrolls largely low-income students from low-income schools, has a positive effect on college-going and graduation rates.

MYTH: You’re going to decimate our public schools by letting hundreds of thousands of new kids qualify, tripling or quadrupling the number of students who are eligible!
FACT:

Another highlight of our budget work this week – we funded border security! Since the Federal Government is intent on not doing its job, we’re taking matters into our own hands to protect the safety of constituents. Our newly passed FY2023 budget puts $566 million towards border security. Here’s the breakdown.

We finally reached sine die (close of session) late Friday night, and now it’s on to campaigning hard every day until November 8.

If you haven’t already, join the LD4Strong Team and consider volunteering or supporting us with donations. We need every patriot engaged in the battle for our values and freedoms. But for now, let’s celebrate these much-needed victories.