In this week’s whirlwind update…

Things are moving – and some things aren’t! – in the world of the legislature and campaigning.

How to spend the state’s money – and how not to! We don’t have a final budget yet, but we’re getting closer. Here are some of the preliminary highlights….

Abortion discriminates. This week, I was pleased to participate in a press conference convened by the Arizona Life Coalition on the discrimination of abortion, specifically its deadly impact on black Americans and unborn children with disabilities. Discrimination is a word the left loves to use, but ironically ignores when it matters most – the right to life. As we press closer and closer to a potential Supreme Court decision returning abortion policies to the states, the battle is heating up. Read Representative Blackman’s proclamation and my full remarks here.

We’ll only enforce the laws we want to? Meanwhile, Tucson is carrying on in the tradition of leftist cities that love to blatantly ignore laws that don’t align with their agenda. They recently passed a resolution to only do ‘paper’ enforcements of abortion laws. Read more here.

Party houses plague neighborhoods. Garbage, blaring obscene music, and traffic all weekend. This may not be affecting you, but out-of-control Airbnb’s (and other short term rentals) are turning many otherwise peaceful streets into noisy (and sometimes deadly) party pads throughout our state. While property rights of short-term rental owners are often a focus of the conversation, their neighbors deserve justice when their rights are blatantly violated every single weekend, ruining the culture of their neighborhoods. SB 1168 or another strong bill needs to pass this session, penalizing offenders and quickly removing their ability to do business if they refuse to respect the law – and their neighbors.  1168 passed the Senate with 22 votes early on and awaits a House vote after amendment details are finalized.

What’s at stake. In case we needed another reminder of how high and often absurd the stakes have become, baseball players recently came under fire for declining to use their jerseys to promote Pride month. And official retribution could be in the cards. Read the shocking story here. We’ve fought for strong laws in AZ, but the left always has their fire trained on us and without a strong majority, we’re just a rogue vote away from losing significant freedoms.

Threats to children’s innocence.  Parents have traditionally had a fairly positive view of Anytown. It’s been a trusted camp experience where kids have fun and learn leadership skills, not a brainwashing clinic. Until now. Check out this sexual orientation exercise at Anytown Arizona and Unitown – the latest club in the Scottsdale Unified School District, bringing gender-identity drama to students.

On the trail… This week, I joined my teammates Maria Syms and Vera Gebran (and a group of grassroots volunteers!) to deliver yard signs to supporters across the district. It was warm, but we stayed hydrated and energized. Stay tuned for more- we would love to see you out there. 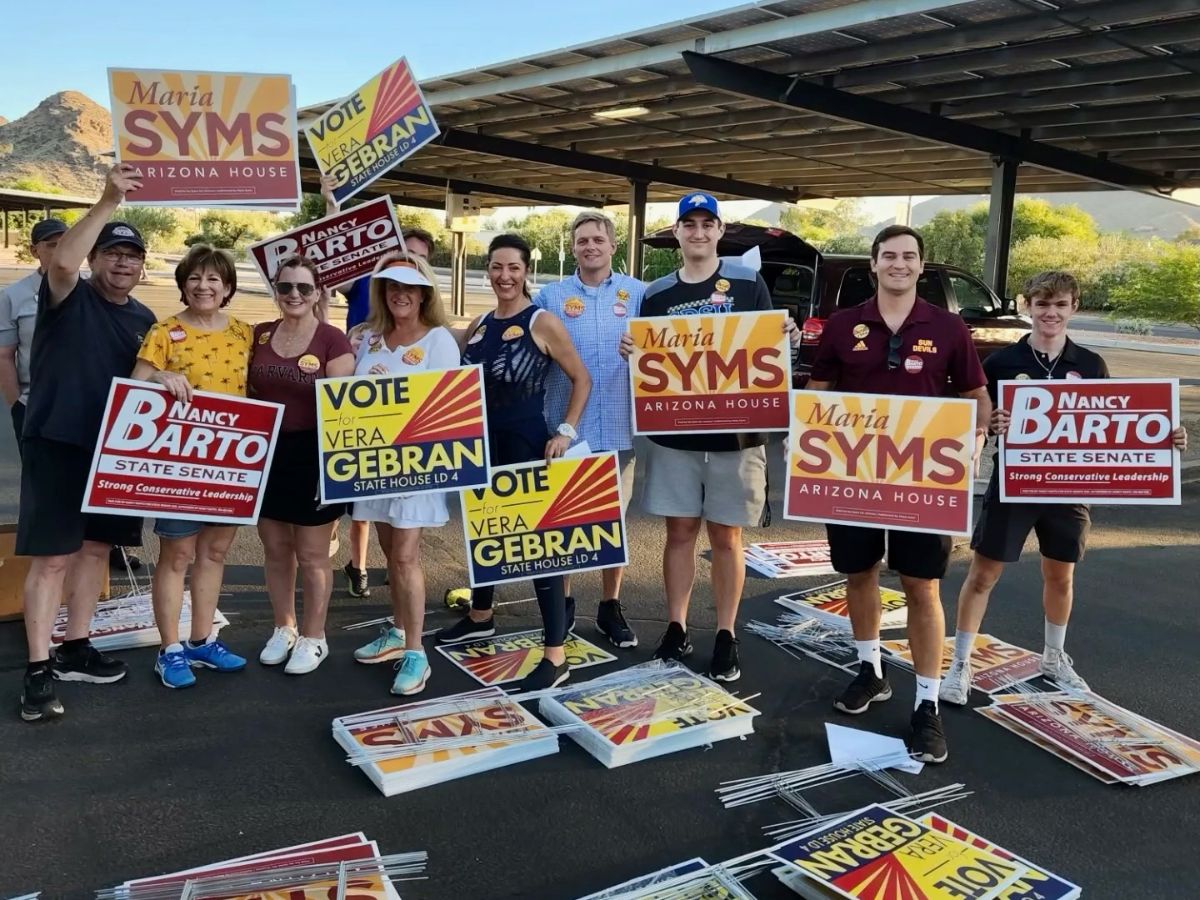 Stay engaged! Join me for an upcoming event or candidate forum, host a coffee, donate or request a yard sign (here for me – or here for our team!).
Check out the LD4 Strong Team on all the important issues!