At war for our kids

It’s been 577 days since the 2020 election and new evidence of fraud is still coming to light. This past week, I had the opportunity to sit on a Joint Legislative Hearing on True the Vote’s investigation into ballot trafficking in the 2020 election. (ICYMI – Watch the full hearing here). The hearing was open to the public and the room was packed with patriots. It’s obvious that people are still concerned and engaged. Catherine Engelbrecht and Gregg Phillips presented detailed evidence and methodology. We need to elect people that will prioritize election integrity. There is no reason we can’t agree that the electorate demands confidence in its voter system. This needs to be a litmus test for candidates. There are still a number of election integrity bills working their way through the House, but the following reforms were passed and signed into law this year:

And last year… We banned Zuckerbucks (HB2569)! The bill prohibits the state or any other public body that conducts or administers elections from receiving or spending private monies on the election.

The Second Amendment is – predictably – under assault. President Biden gave a speech this week on his plans to use the Uvalde tragedy to curtail the rights of law-abiding Americans. His list of proposed policies includes banning so-call “assault weapons” (of which there is no clear definition – it’s subjective), ban certain magazines, subject Americans to even more intrusive background checks above what is already in place, pass red-flag laws (i.e. – skip due process and strip citizens who haven’t committed a crime of their guns on the word of someone else), and – alarmingly – charge gun owners when a crime is committed by someone else using their firearm if it was deemed to be “unsecured.”  All are a clear affront to the Second Amendment. In Arizona, we must resist attempts to politicize this tragedy and get to work on actual solutions to secure our schools and protect Arizona’s children.

The Biden Administration to schools: Implement our LGBTQ agenda – or else.  This week, the Daily Caller reported that the Biden Administration plans to use the USDA and Food and Nutrition Service to withhold school lunch funding from schools that don’t allow biological boys in girls bathrooms and locker rooms. It’s yet another example of the federal government imposing its ideology on the states through the power of the purse. Once the proposed rule is published, the agency typically will announce a 30-90 day window for the public to comment. By commenting, we preserve our right to sue once the rule is finalized. I will keep you posted on an opportunity to make our voice heard.

At the end of the day, the left has waged war on our kids. And while they try to paint us as extreme, they offer up daily examples of how extreme and out-of-touch (and dangerous!) they really are. They want to “transition” our kids, risking permanently sterilizing them, disrupting their development, and pumping them full of unproven “therapies.” Our own Superintendent of Public Instruction is pushing chat rooms where kids as young as 13 can talk with anonymous adults about sex – in an app designed to “escape” or “hide” from parental awareness. They want our girls to be forced to compete against biological boys, risking their safety and opportunity. Meanwhile, we’re fighting for safety, level playing fields, and more parental involvement, direction, and guidance. This is another example of the fundamental difference between the parties – and what freedom really means in the context of how much control we’ll allow government to have in our daily lives.

Reporter reveals more government neglect of Arizona’s seriously mentally ill. After an audit (20 years late…) revealed the PSRB (Psychiatric Security Review Board) wasn’t doing its job in reviewing the cases of individuals committed to the Arizona State Hospital, we voted to return this role to the courts in 2023. But in the meantime, the Governor is failing to appoint members to fill the vacancies on the current PSRB – which hasn’t met since January. This failure to serve the patients at ASH -who are entitled to a hearing and a level of community engagement – unjustly delays their eventual releases from ASH. Check out this article for more detail – or download here if you aren’t a subscriber.

Have you met our full team? Join me, Maria Syms, and Vera Gebran at one of our upcoming meet and greets! 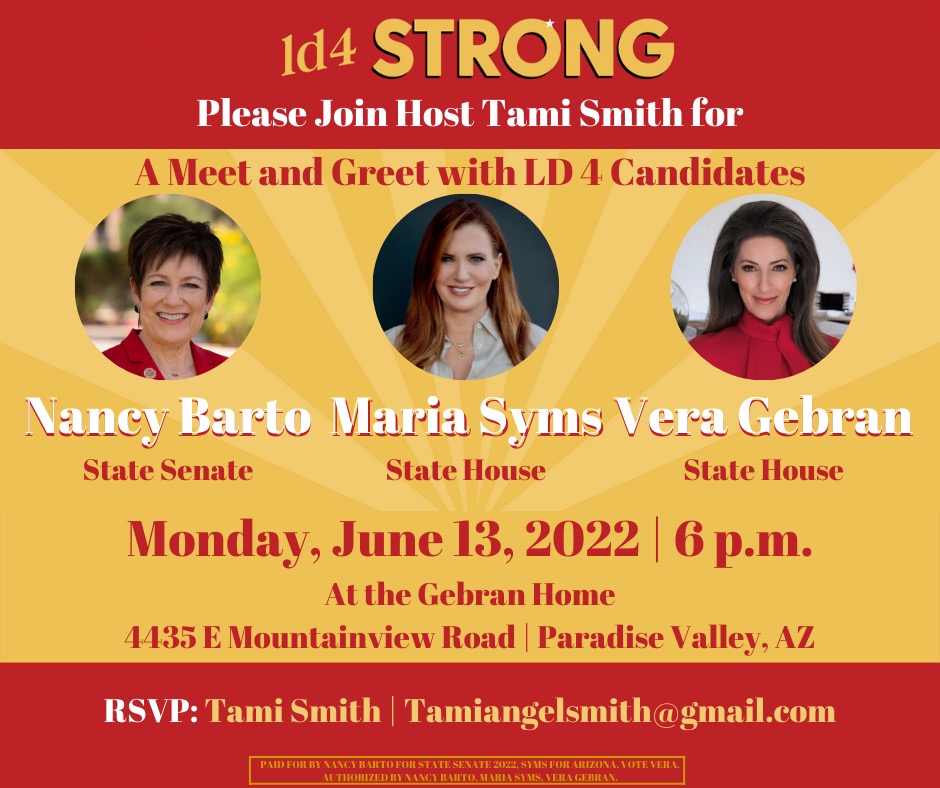 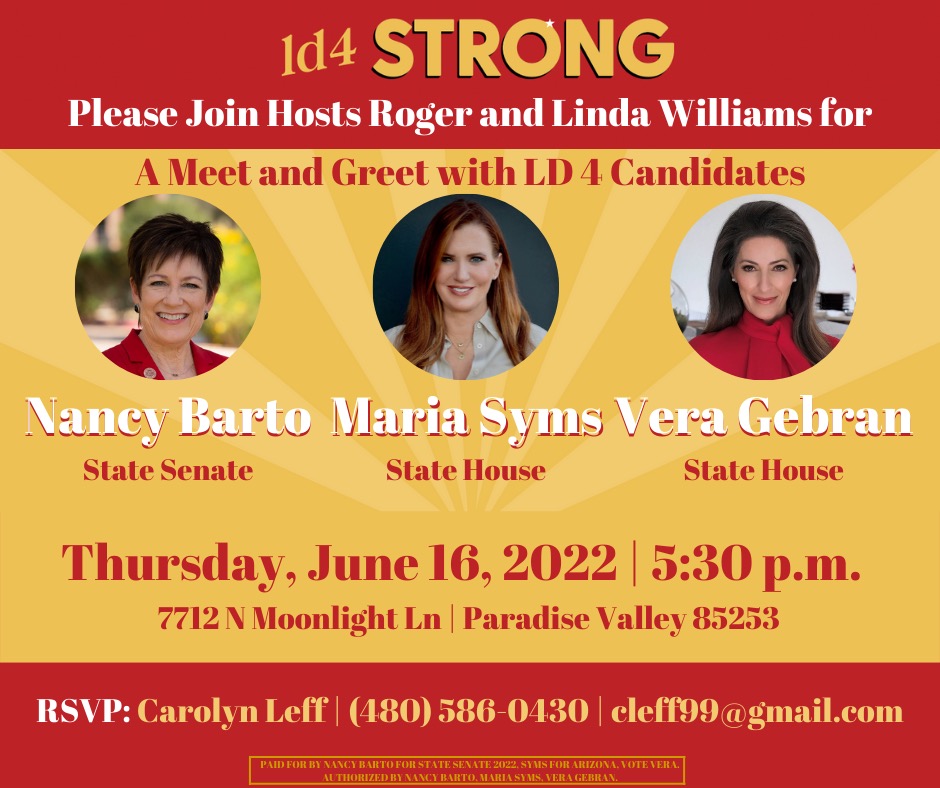 Thank you for remaining engaged!