When a nation forgets God

This week has been one for grieving. At Robb Elementary School, a young man committed a truly unthinkable crime—taking the lives of nineteen children and two teachers in Uvalde, Texas. The Senate immediately stopped for prayer for the families of the victims and our youngest generation who are facing an uphill and daunting battle in its aftermath. Though we’ve learned that the young gunman had made previous serious threats which went unheeded, shouldn’t we wait for all the details and demand accountability for what actually happened before rushing to politicize the tragedy by pushing false information and taking aim at the Second Amendment? Our focus should also be on the state of mind that leads to such crimes. The mental health crisis among America’s youth is deeply troubling and this attack highlights one of the very real problems within our mental health systems exacerbating these scenarios – the role court ordered treatment (COT) can play when an individual is a danger to themselves or others (DTS/DTO).  Many – especially on the left – consistently fight such common sense interventions in favor of the mentally Ill person’s ‘right’ to remain mentally ill – so we wait until tragedy strikes, families suffer incalculable destruction, and the person responsible for the attack is either dead or incarcerated for life. We shouldn’t keep repeating what isn’t working or look to blaming the weapon. Arizona’s COT laws are actually very good. The question is – would they be used effectively or the signs ignored like they were in Buffalo?  Many of my bills – still moving through this session – further improve our system processes and expand appropriate secure facilities. Ben Shapiro’s piece this week covers a lot of this here.

Election bill woes. Despite the clear need, more Election Integrity bills died this week.  Legislators have worked all session to fix loopholes in the elections process from top to bottom.  Here’s what happened to a few of them this week unfortunately.  Others ARE making their way through the House next week…

Late on Friday the governor vetoed one of the more important election integrity bills, HB2617. This bill would have removed from the voter rolls people who are no longer eligible to vote in Arizona.

**Special Election Integrity hearing next week! There is an event on ballot harvesting this Tuesday from 3:00-4:30 at the Arizona State Senate, Hearing Room 1 (1700 W. Washington St.). True the Vote will delve into findings of ballot harvesting that occurred in both Maricopa and Yuma Counties during the 2020 election.

Arizona’s Department of Health in the crosshairs. Elder abuse complaints are being ignored, the state’s Auditor General reported this week. This 30-month follow-up investigation found that, without investigating reported abuse, Arizona’s Department of Health Services (DHS) was inappropriately delaying and closing investigations. This is especially troubling, because the Auditor General investigated the DHS in 2019, found then that the department failed to investigate elder abuse, and recommended policies to fix this problem. None of the Auditor General’s recommendations were implemented. Even though the Auditor General clearly rebutted their excuses, the DHS blamed COVID-19 and a lack of staff as potential reasons for neglecting to investigate elder abuse claims. We provided DHS additional funding for new staff (of which they only used about a fifth) and time is of the essence in cases of abuse. COVID as an excuse only goes so far – and is completely inadequate here. If the DHS were taking the initial 2019 audit seriously and needed help implementing those goals, the legislature would have helped. But they stayed silent and demonstrated no interest in fixing the problem. Once again, Arizona’s agencies resist accountability and the vulnerable suffer.

To the positive…Arizona’s group homes serving intellectually and physically disabled adults needed further safety nets and built-in protections – and my bill, SB1542 enabling their families to monitor their loved ones in state-contracted facilities was signed into law! I have heard too many stories from Arizonans of life-threatening misconductagainst their friends and family in these facilities. It is one of several reform bills I sponsored this session so that families can find accountability and further peace of mind. Read the positive press.

The World Health Organization (WHO) – an update:  We sounded the alarm, and the bad press paid off! The Biden Administration’s proposed amendments to give WHO sovereign control have been withdrawn – at least for now! These amendments to the World Health Organization (WHO) charter were aimed at squashing dissent to global pandemic response, especially in Western countries like the U.S. The U.S. should not get into any treaty that makes us beholden to explain our independence, nor should we allow the WHO to declare public health emergencies in America without our input, direction, and consent. Biden’s plan to globalize our citizens was feckless and violated the founding principles that made America uniquely great. Everyone should continue to monitor this and stay engaged.

Parents’ rights protected: The COVID vaccine cannot be mandated on Arizona children in our schools! HB2086 forbids schools from requiring any COVID-19 vaccine in order for children to attend school. No parent should have to choose between their conscience on what’s right for their child and their children’s continued education. In Arizona, we respect the primacy of the parent in their child’s life, medical choices, and education, and we are protecting those rights in our laws. Where there’s a risk, there must be a choice.

Common sense wins out on mental health transports: Not all mental health crises need to end in law enforcement detaining those who need help most. SB1210, which I ran this session and was signed by the governor into law, allows the court, an officer, or mental health agency to authorize apprehension and transportation of a patient by multiple, authorized modes. Starting the journey to healing doesn’t need to begin in the back of a police vehicle. I ran this bill and saw it across the finish line because it was time our laws did what was best for the patient.

We had a fantastic social event for LD4 Strong at State 48! The election season has so far been a great success, as we’ve watched the grassroots activate, led by our new district’s leadership. I am very thankful for all the support everyone has poured into my team’s and my campaign. This is the time to get involved and work together to save our state. 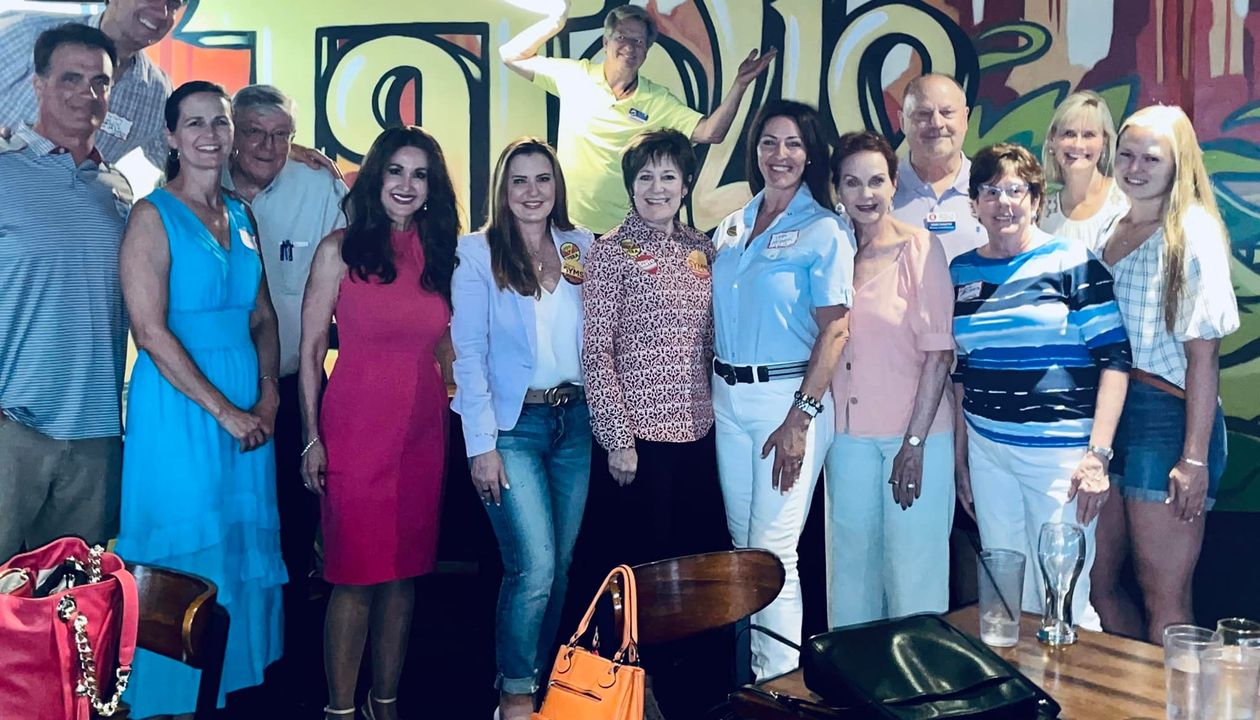 We need you if we are going to save Arizona. I’m told far too often that “politics isn’t for me” or that “I don’t have time to volunteer.” I understand that the pressures of life are daunting, but allow me to remind you that everything you’re building towards—your children’s future, your careers, your passions—is on the line when the government becomes ugly and stops working for you.

That’s why each citizen (yes, each and every citizen) is responsible for the health and prosperity of their state. We need to build an Arizona that we can gladly pass onto our children, confident that they have the means to succeed and the liberties to thrive. This is a fight worth sacrificing for.

Join us and become the solution. Here are some events where you can get you involved:

Please consider stepping up and doing a little more. . .